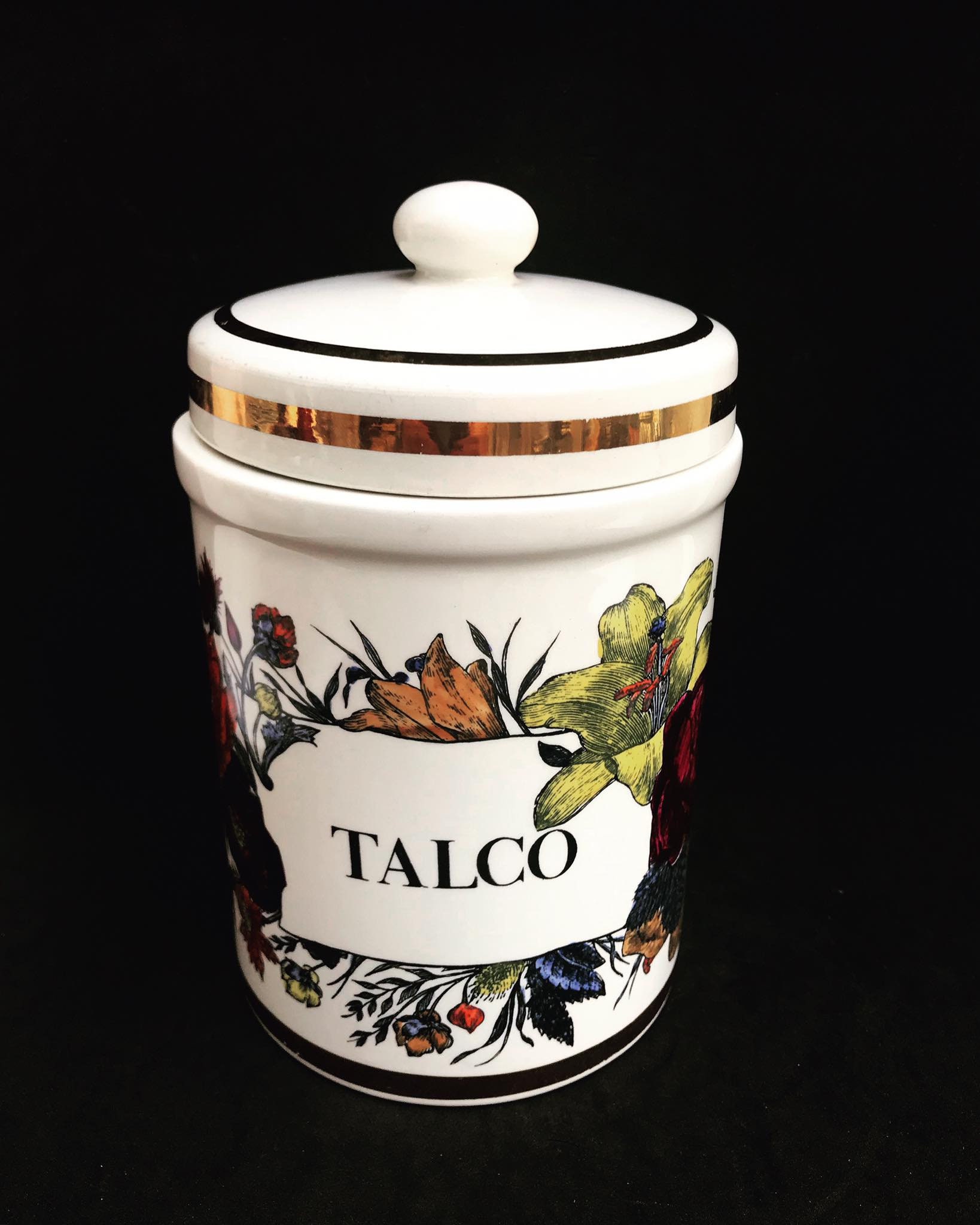 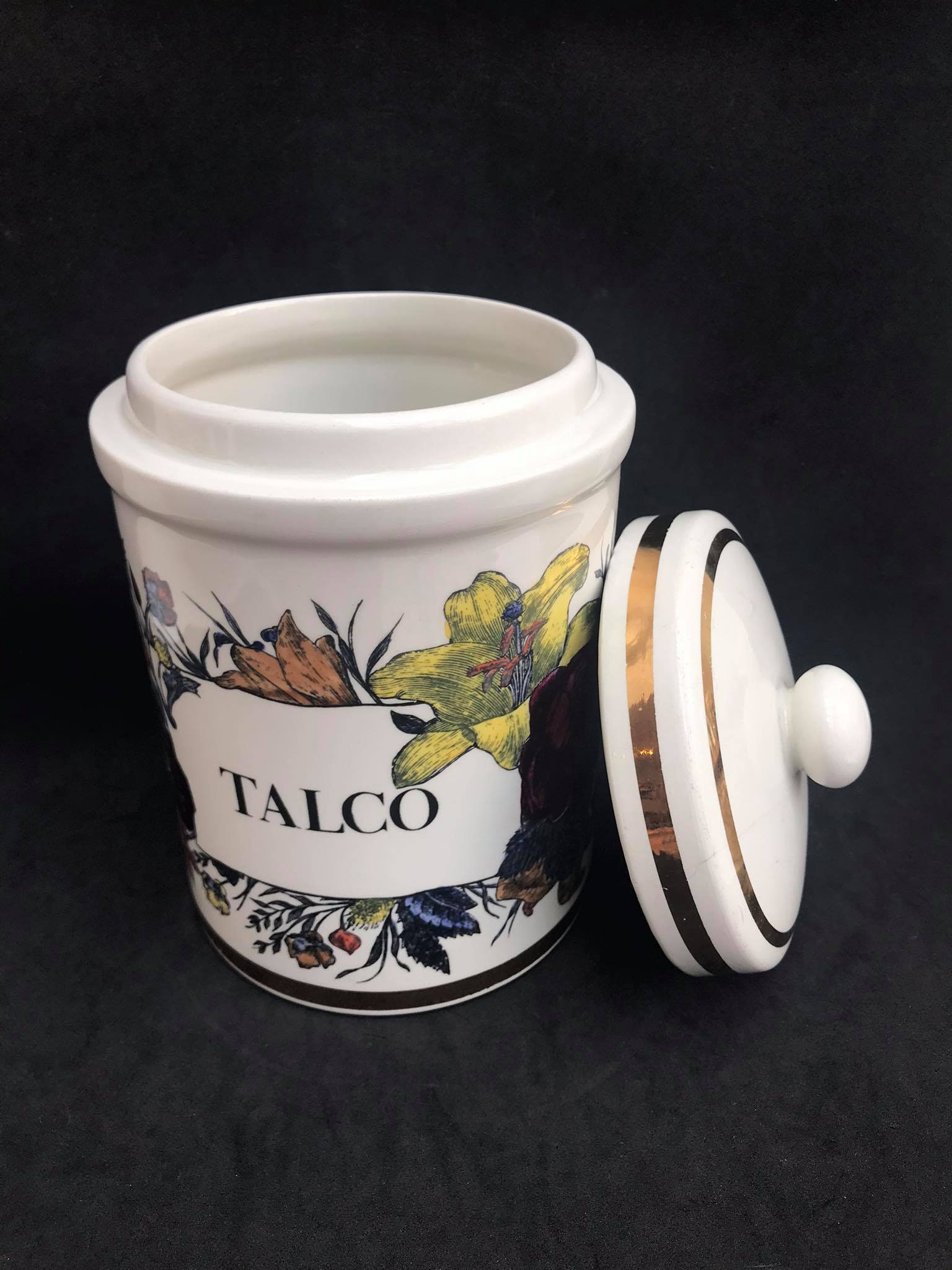 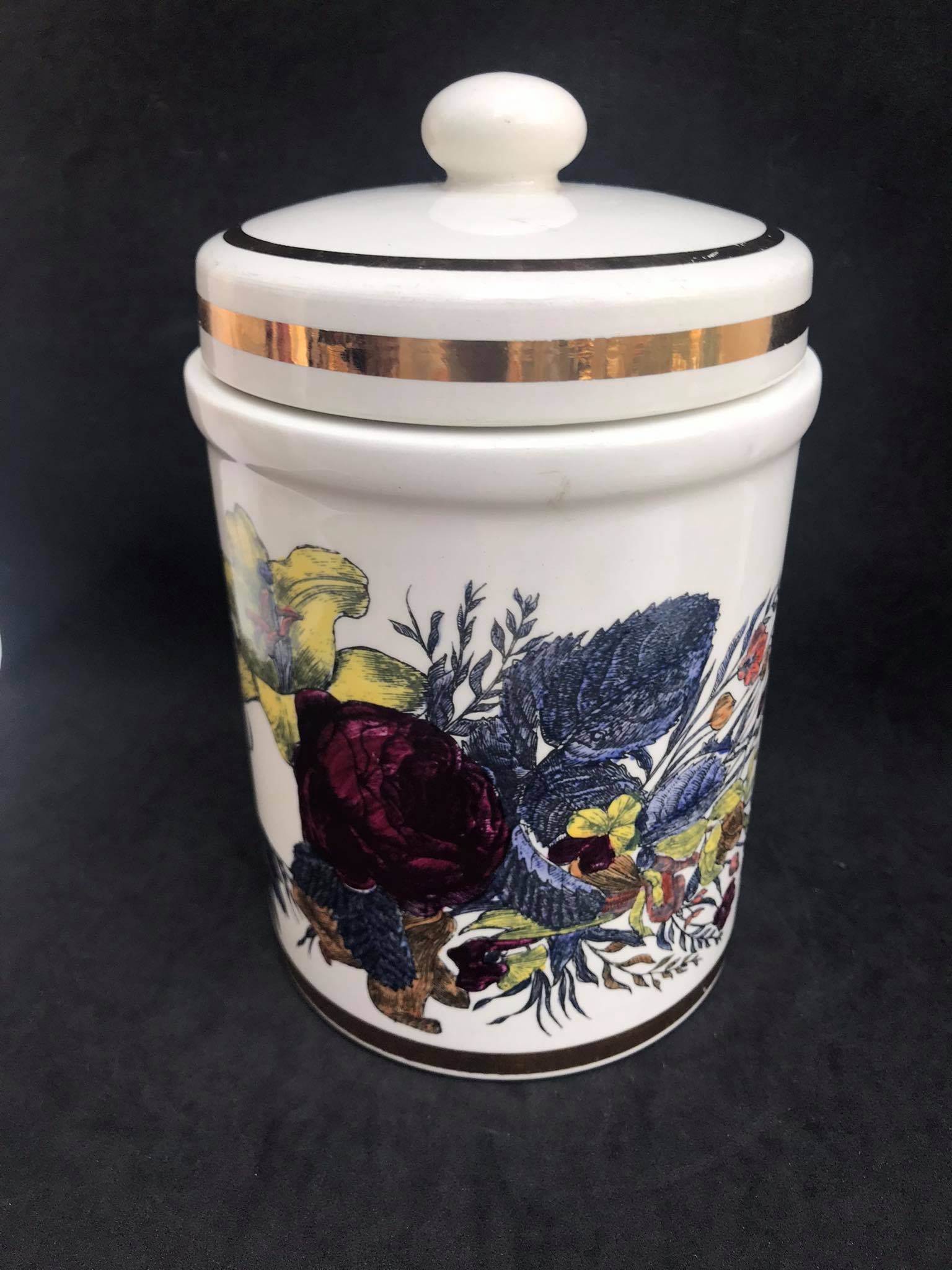 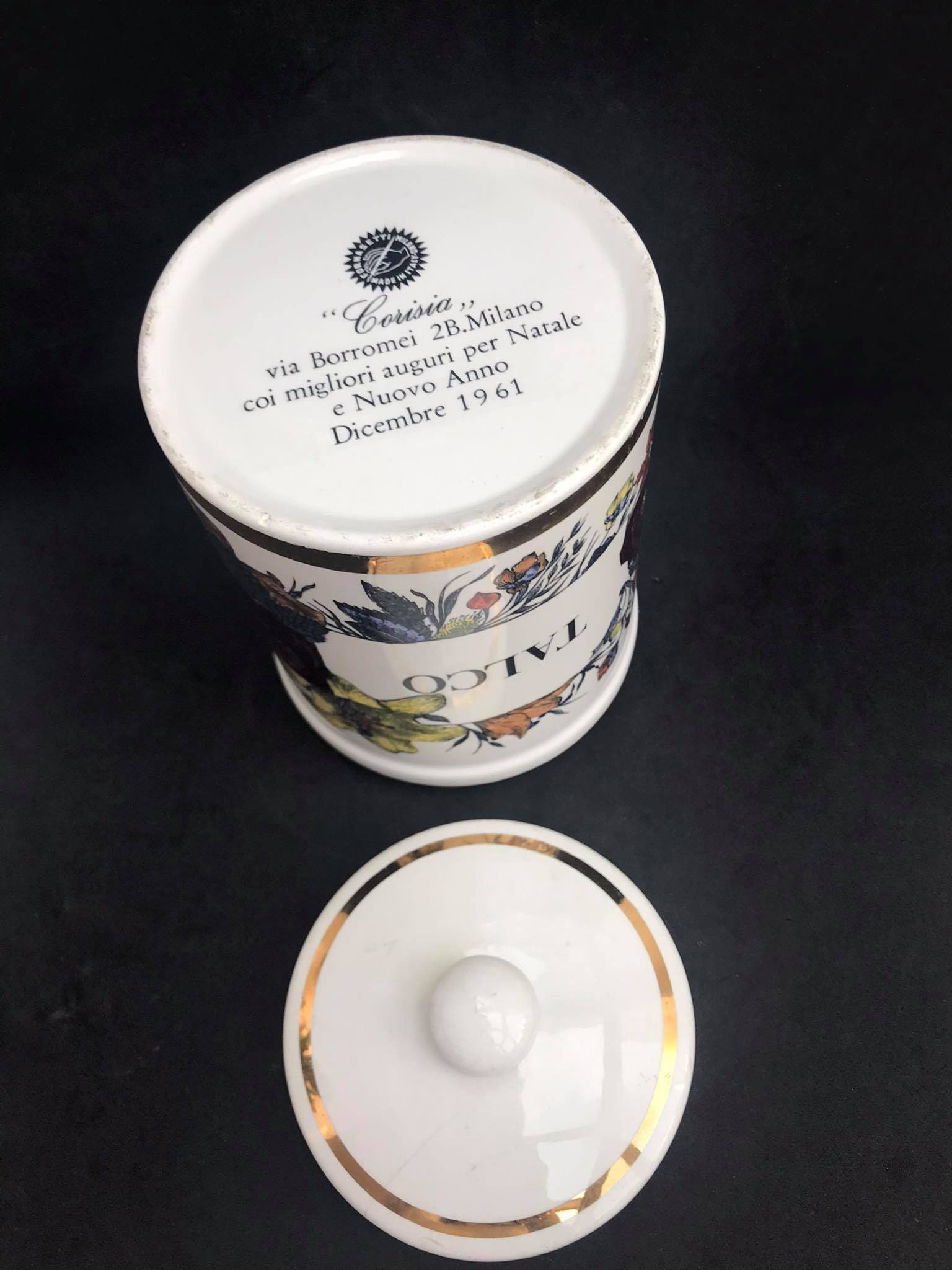 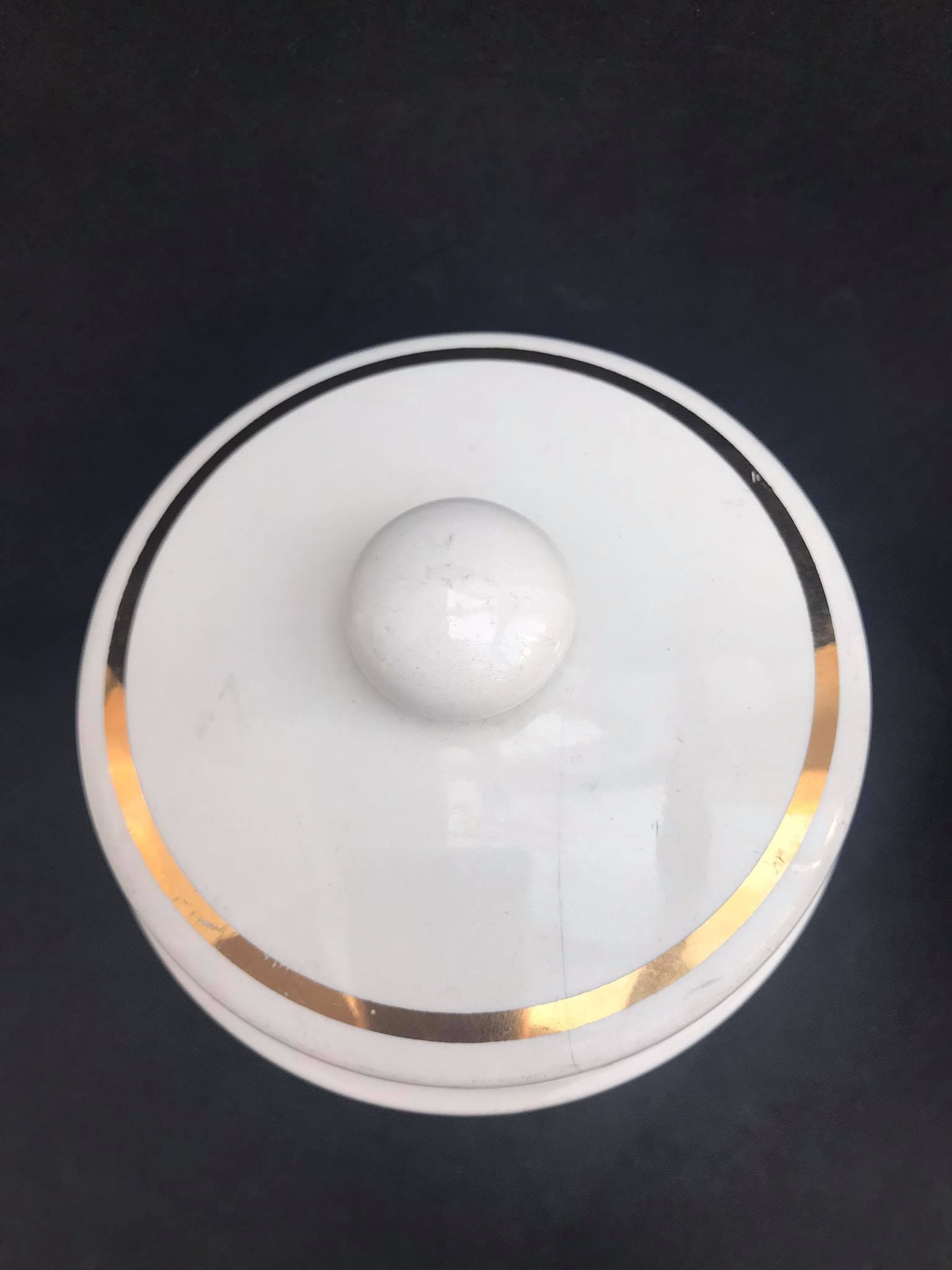 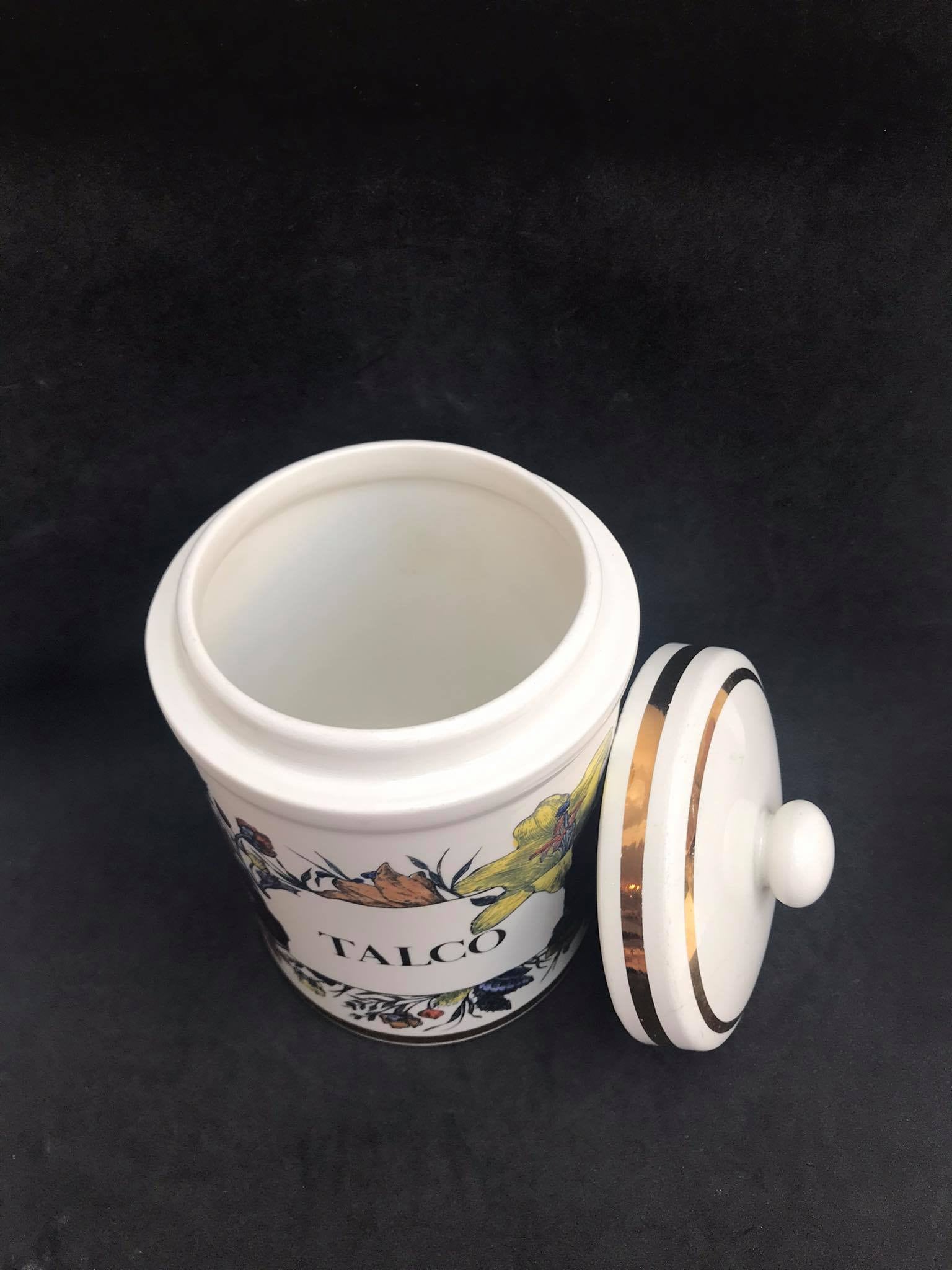 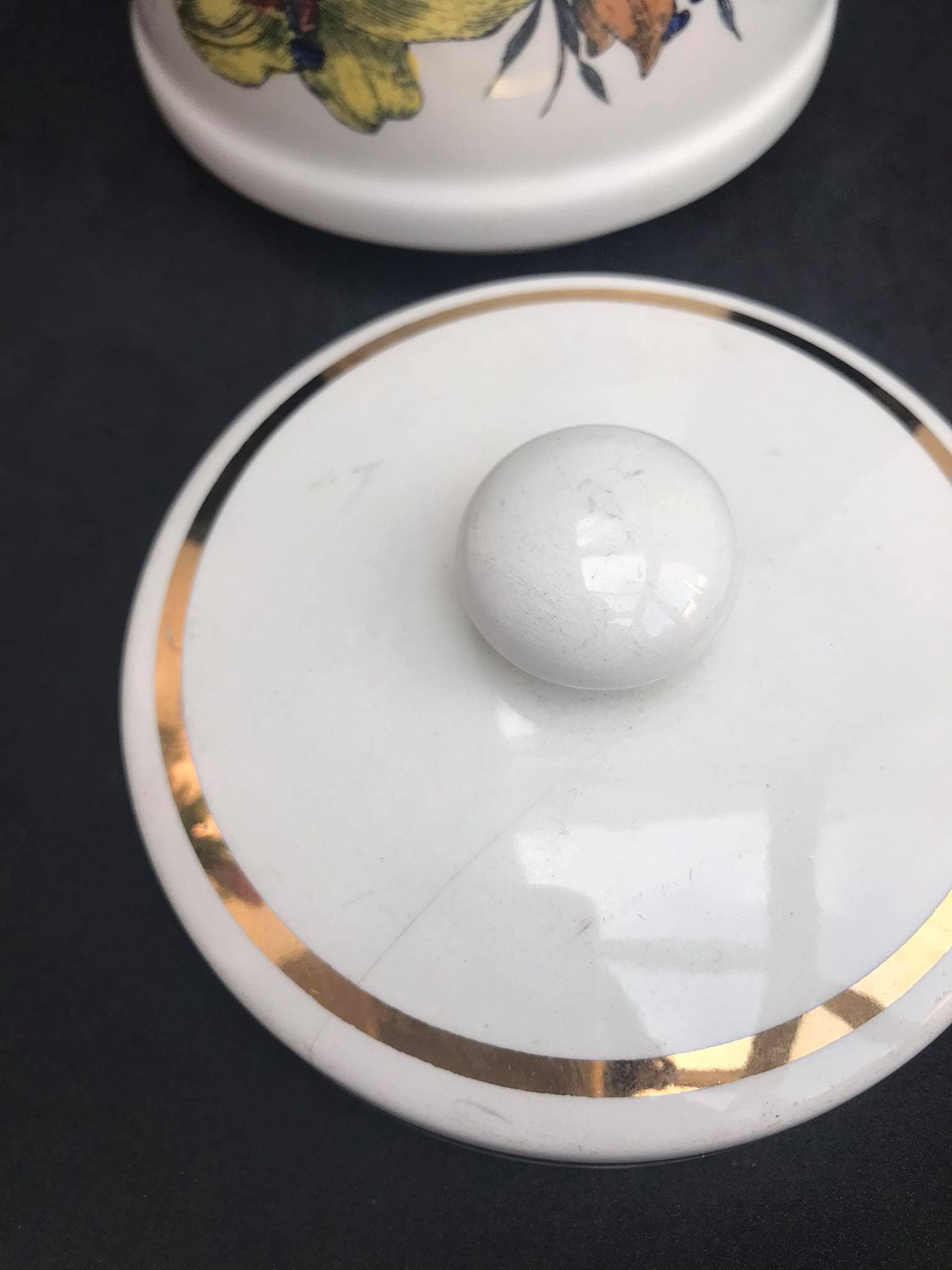 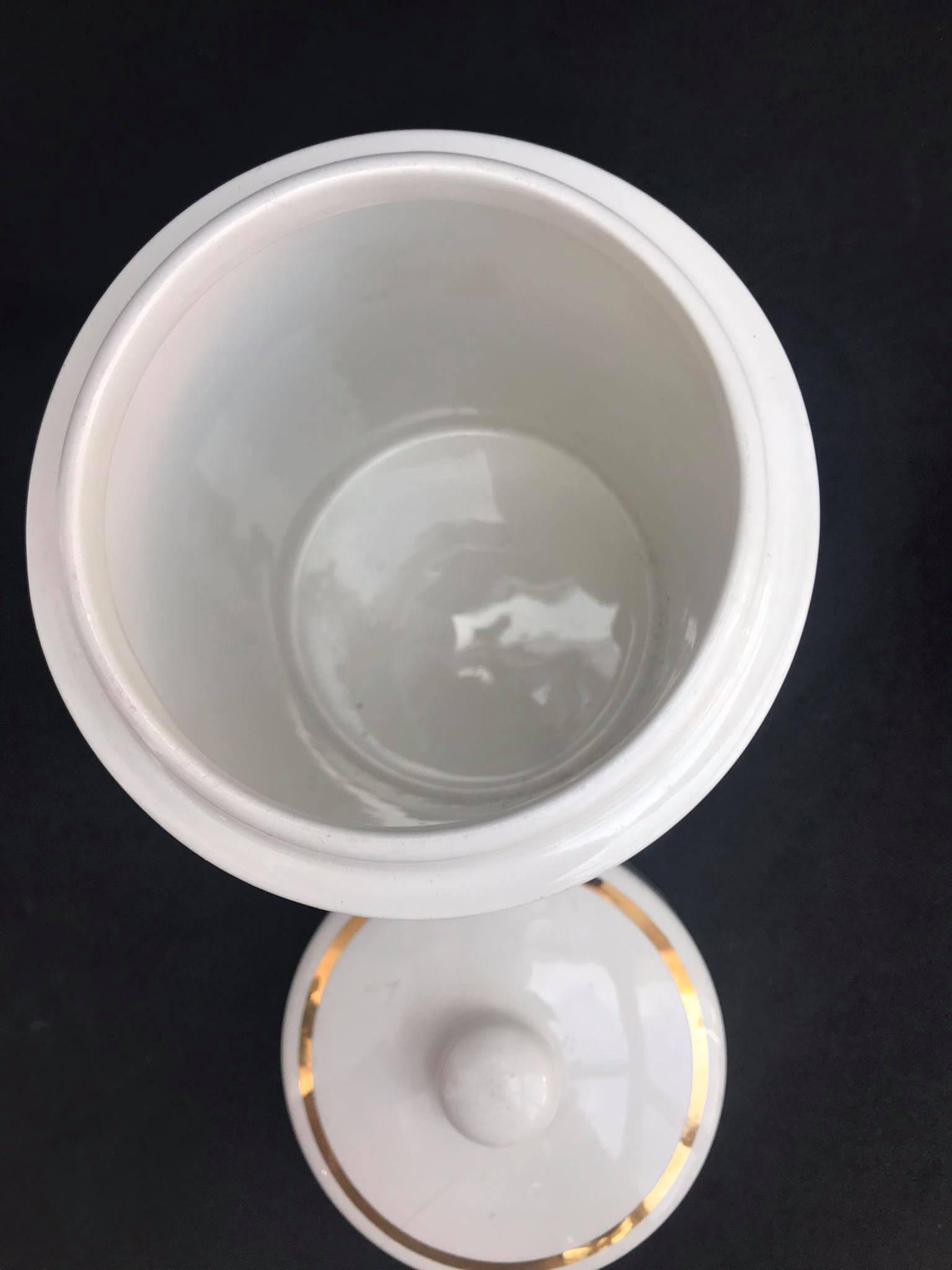 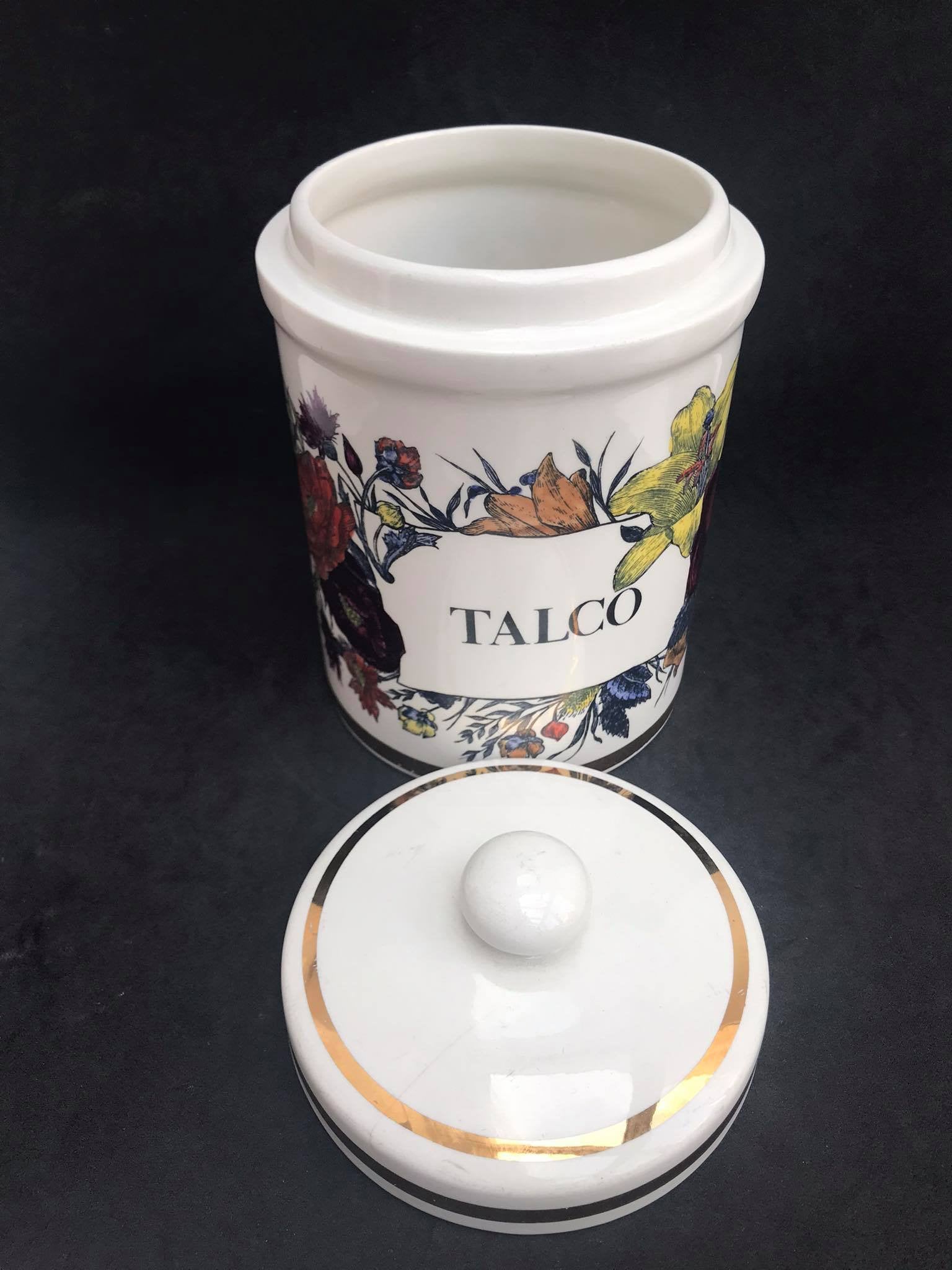 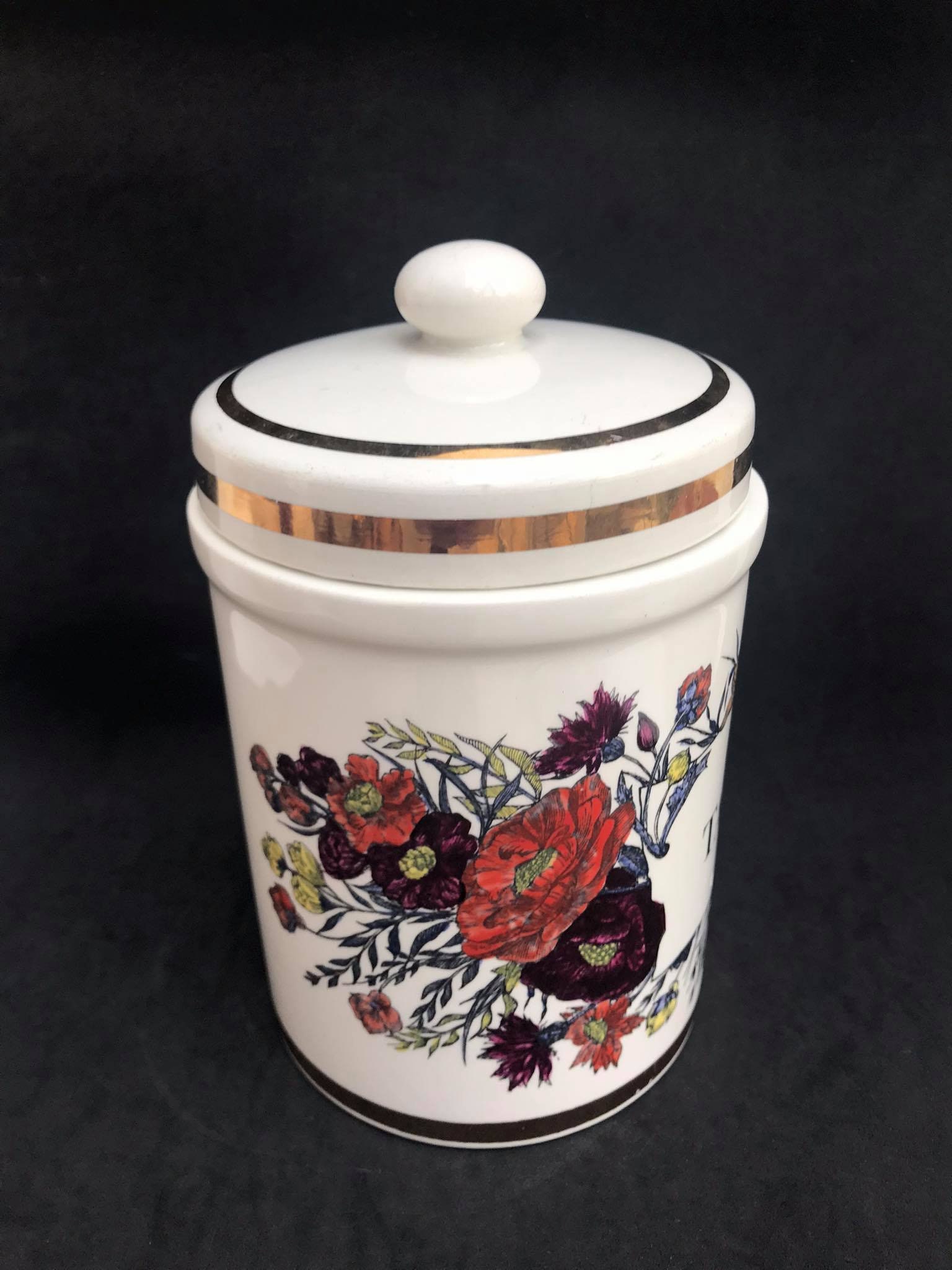 Fornasetti Milano, made in Italy, one canister, some small amount of age, and gold fade, no chips visibles ouside, a tiny chip on bottom base not visible on use.
A porcelain canister by the prestigious artist Piero Fornasetti made in 1960s. Ceramic jar for use as beautiful kitchen accessory. Marked " Fornasetti Milano (Maker) " Corisia" Via Borromei 2 B milano coi migliori auguri per Natale e Nouvo Anno. Dicembre 1961"

Piero Fornasetti worked in Milan applying his designs to a range of decorative objects from 1935 until his death in 1988.

Condition
Very Good with wear consistent with age and use. With age appropriate wear showed in pictures and this fact is reflected on price. SOLD AS IS.

Please look at my other Fornasetti objects:


Piero Fornasetti was born in 1913 and from the time he was twenty-two until his death in 1988, he lived and worked in Milan applying his designs (gold trim and decals) to a range of decorative objects.


In applying gold trim and decals to an industrial object, Fornasetti was challenging the notion that form follows function but, instead, form or, in this case, a decoration can be added to an object to create "varying degrees of irony, wit and tension" making people rethink the way they looked at the world
In the 1980s, his work enjoyed popularity among both consumers and designers.

The item must be returned by Post with tracking number with all of its ORIGINAL PACKAGING including any bubble wrap, gift bag or box, insured for its purchased price, and must be received in the SAME CONDITION as when it was shipped to you and not altered in any way. If the item is not returned in its original condition, the buyer is responsible