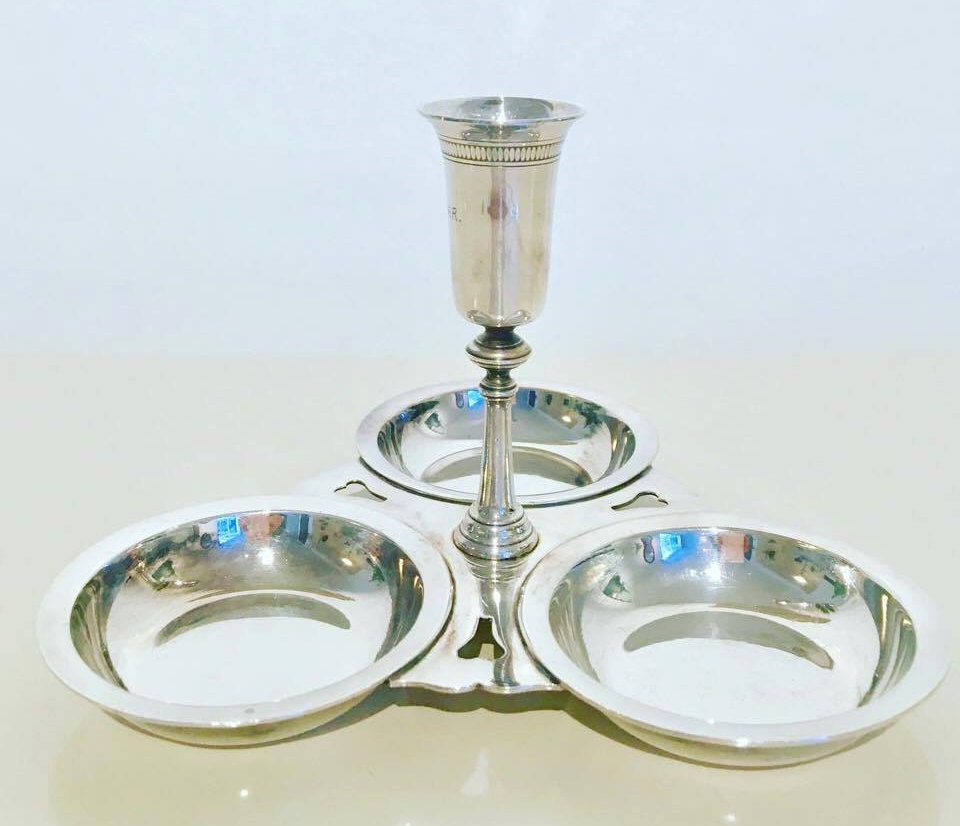 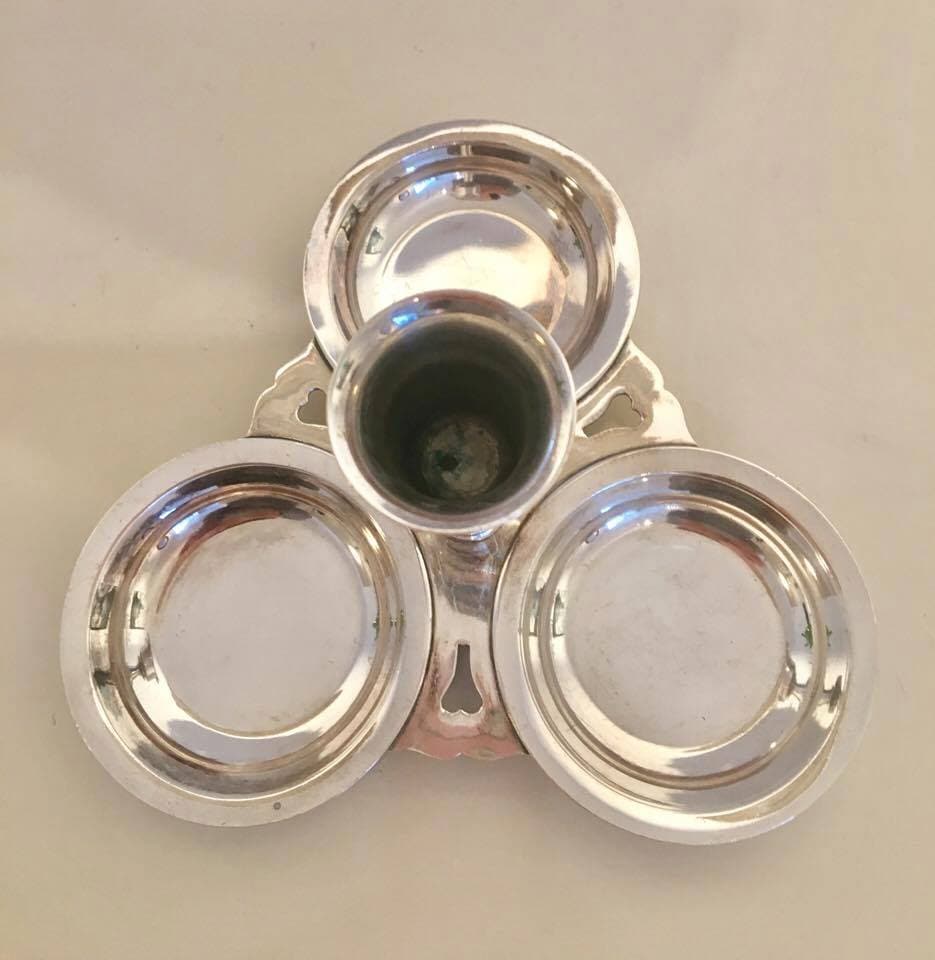 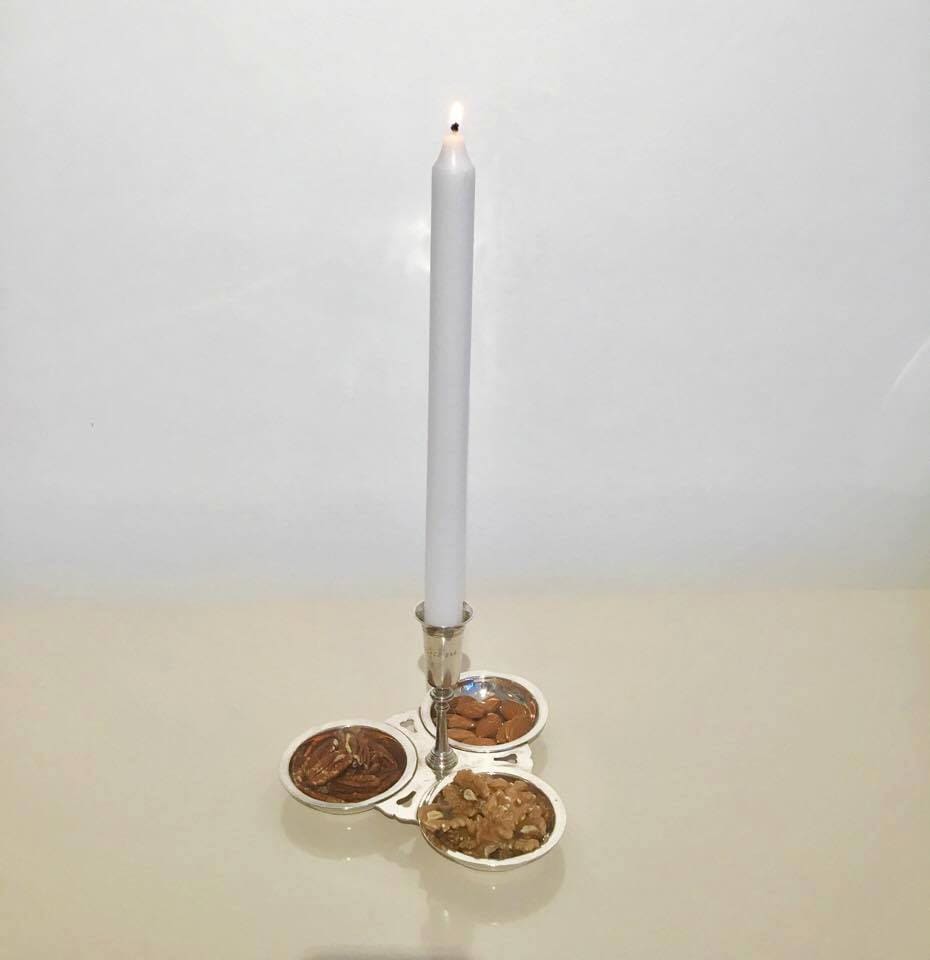 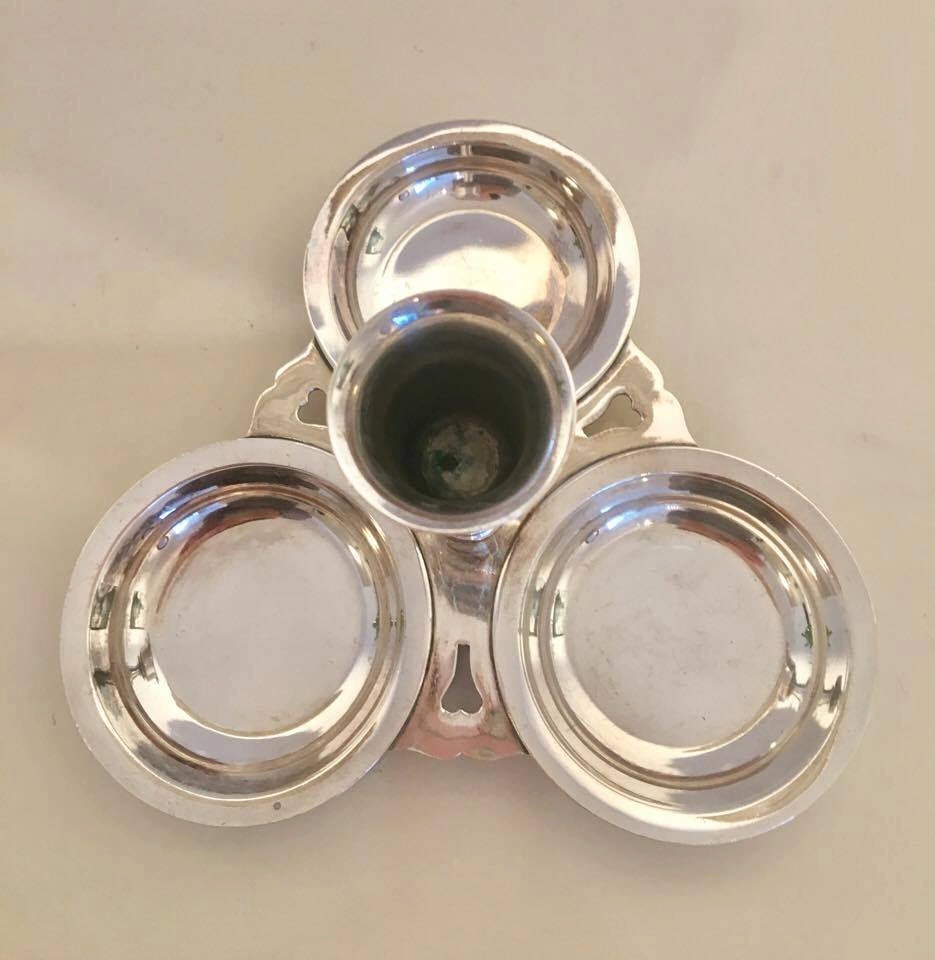 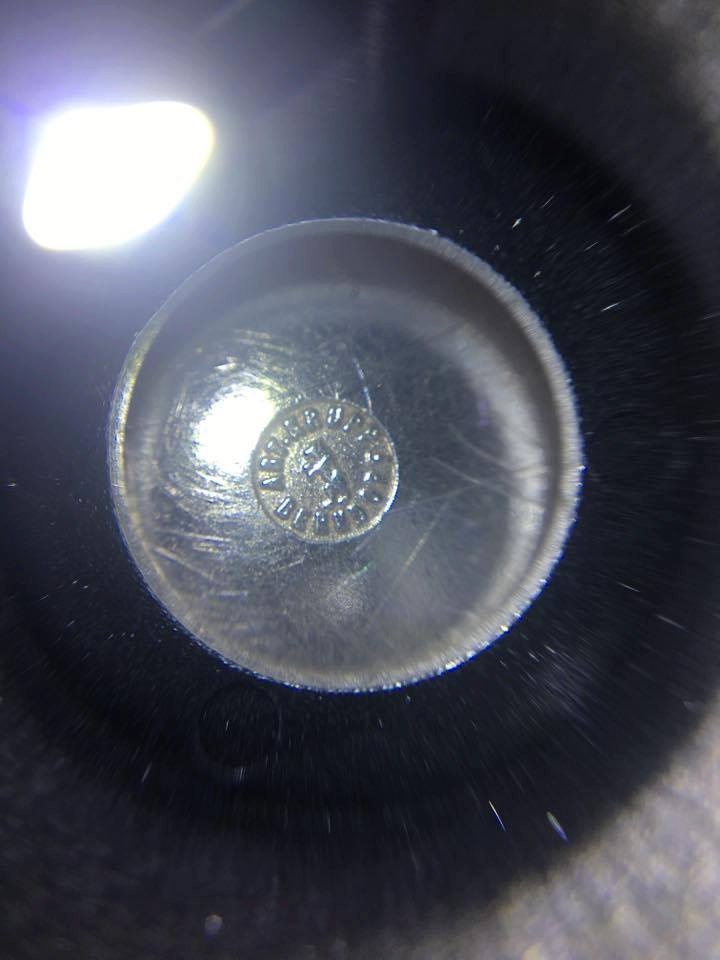 Very elegant appetizers dish with 3 dishes and a triple condiment bowls and a place for toothpicks or a candle.
It cames from a Palace and has the mark of 1891-1927 by Berndorf silversmith.

The object is in great vintage condition. Engraved : "Maloja Palace " from St Moritz , Swisse (Open in 1888)

The famous Berndorf Metalware Factory (in German Berndorfer Metallwaarenfabrik) was founded in 1843 in the small village of Berndorf, situated in the region Lower Austria (Niederösterreich) of the Austria-Hungarian Empire. Interestingly, the foundry location is connected with its marking system. Due to the assonance between the words Berndorf and Bärendorf (in German the last word means "bear village"), many of the factory marks contain a bear profile.
Though this factory got world-wide recognition under the name Berndorf Metalware Factory Arthur Krupp, before 1891 it was called Berndorf Metalware Factory Alexander Schoeller and Co. Indeed, Alexander Schoeller, the Austro-Hungarian businessman, invested a lot of money in buying the land and building the factory. The father of Arthur Krupp, Herman Krupp, joined the firm in 1844 and in 1849 took over half of the shares. When Hermann Krupp died (in 1879), 23-year old Arthur, who already worked at the factory, inherited his business. After the death of Alexander Schoeller (in 1886), Arthur Krupp paid a large sum of money to his heirs and in 1890 became the sole owner of the company. From 1891 his name appears on the mark of the Berndorf foundry.
In 1913 BMF became a public company. The World War I (1914-1918) ended with the crash of the huge Austro-Hungarian Empire. The economy of the whole Europe was in crisis. The market diminished significantly. The usual transport routes for raw materials and final products were disrupted. Nevertheless, Arthur Krupp managed to save the firm and revive the production by 1924. However in 1926/1927 and 1932 two severe economic downturns brought the closure of some BMF productions and a sharp decrease in the employees' number (from 6000 to 800).
Arthur Krupp managed the company business until his death in 1938, which coincided with the annexation of Austria by the Nazis (so-called "Anschluss"). The German company Friedrich Krupp A.G., Essen, took over the majority share of the "Berndorf Metalware Factory Arthur Krupp A.G." and kept it until the end of the World War II. After the war, BMF was confiscated by the Allied Occupation Forces (as a German armaments company) and managed by Soviet administration between 1945 and 1955. After 1955 it was nationalised and became again an Austrian public company.

A standard mark for high-quality silver-plating (Alpacca-Silber I), used by Berndorfer Metallwaarenfabrik Arthur Krupp during a prolonged period of 36 years. 1891-1927 It differs from the previous mark No.7 by the following characteristic features: 1) for the first time on BMF mark appears the name of the factory owner "ART.KRUPP" (the shortening of "ARTHUR KRUPP"), which together with the factory location "BERNDORF" forms the round inscription; it should be noted that the dot between the words "ART" and "KRUPP" lies neither in the middle of the line nor at the bottom, but on the level of about 1/3 of the line's height; 2) the circle reappears; 3) the profile of the bear image changes again, now it is the "standing bear" profile with paws out and legs separated; 4) finally, the diameter of the circle changes, now it makes up 3.7 mm. Very common. See picture 5.