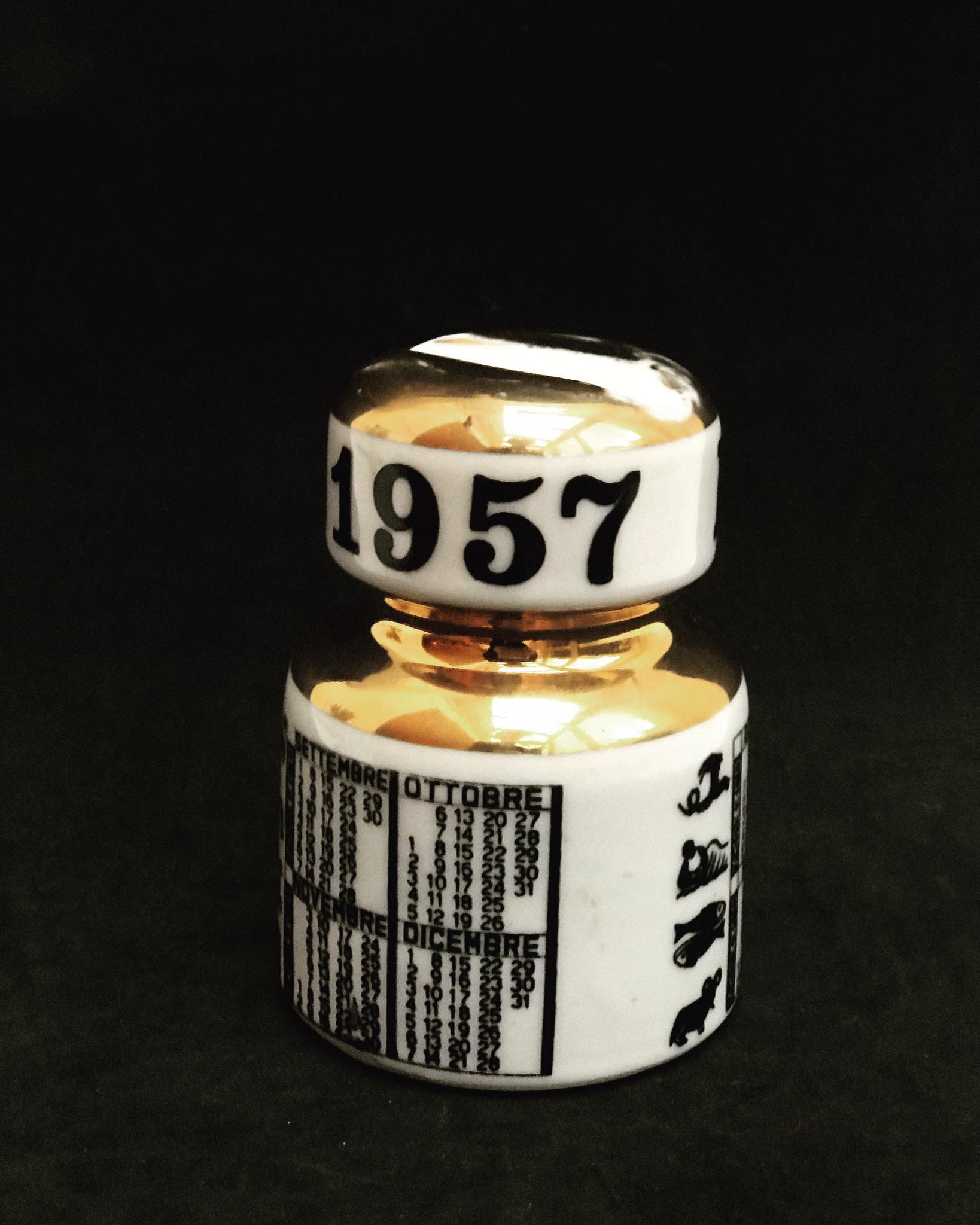 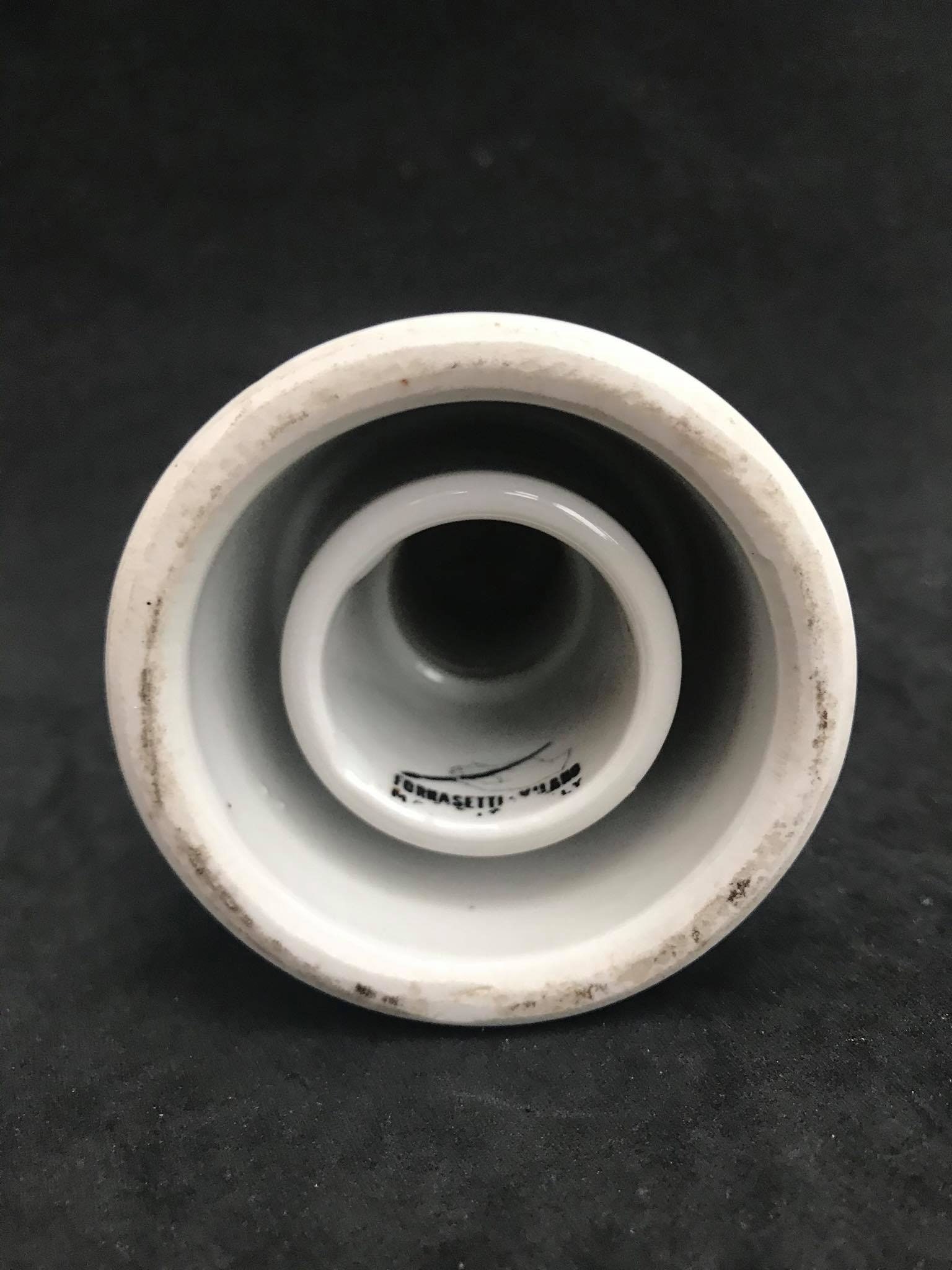 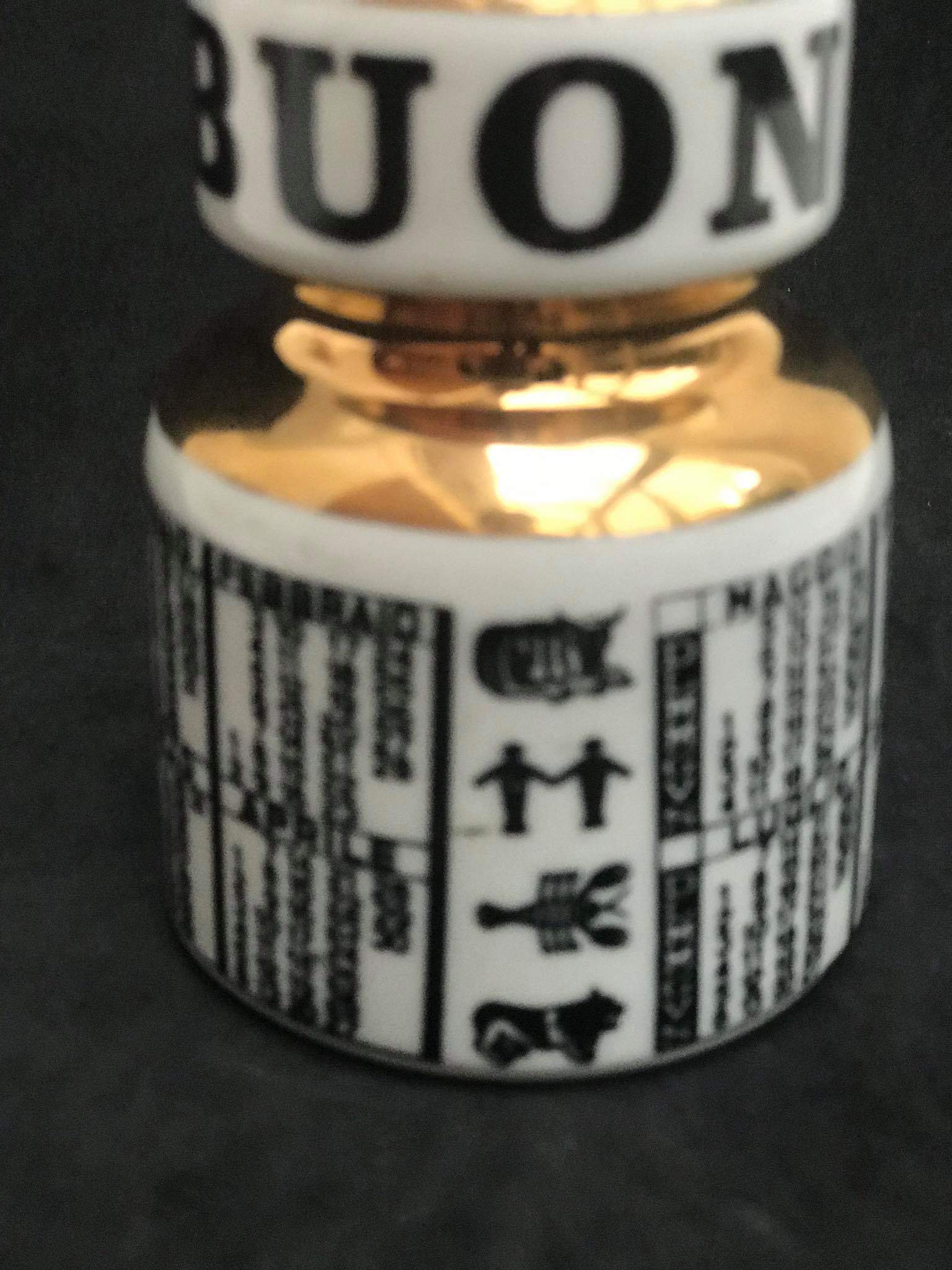 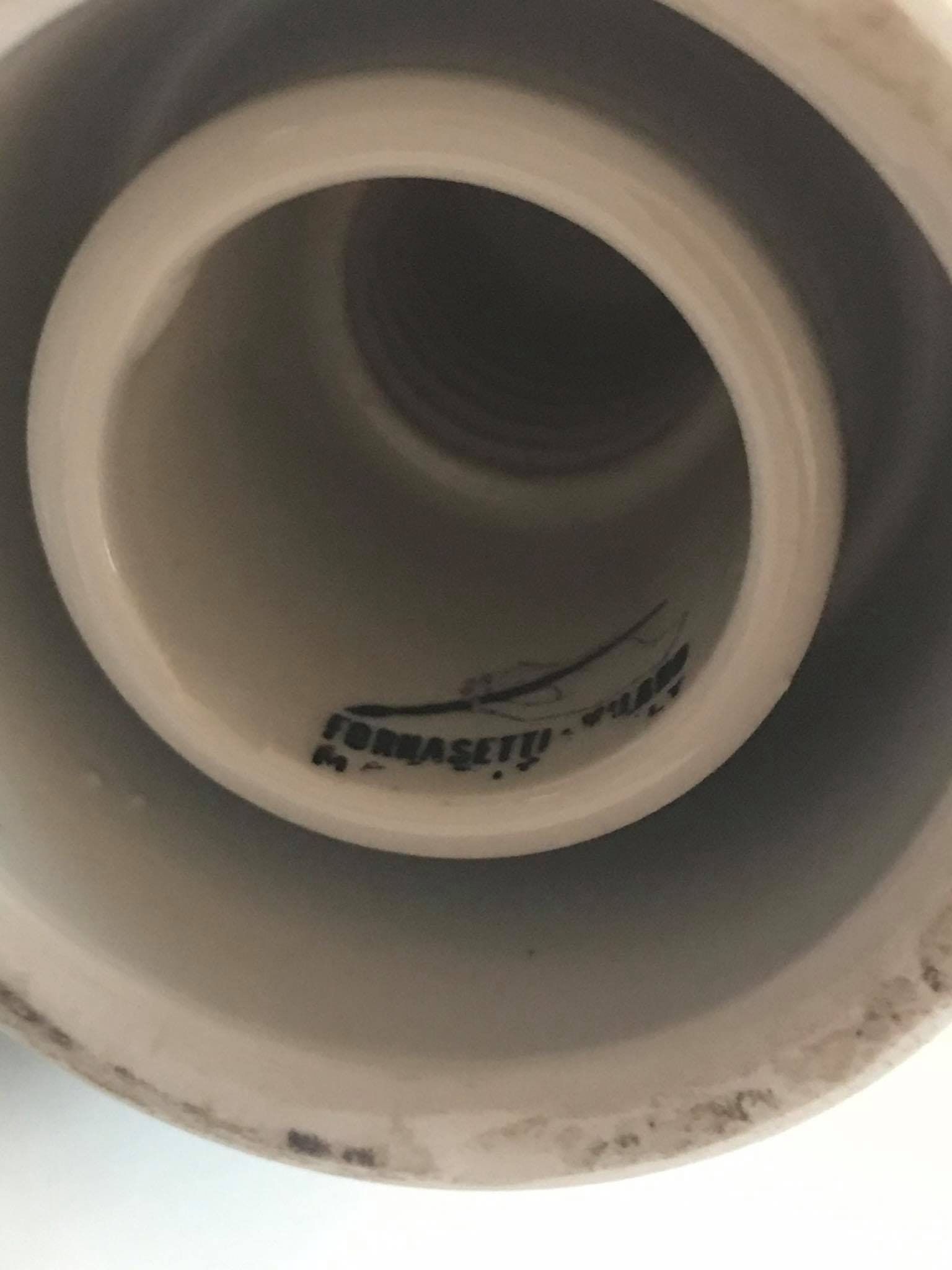 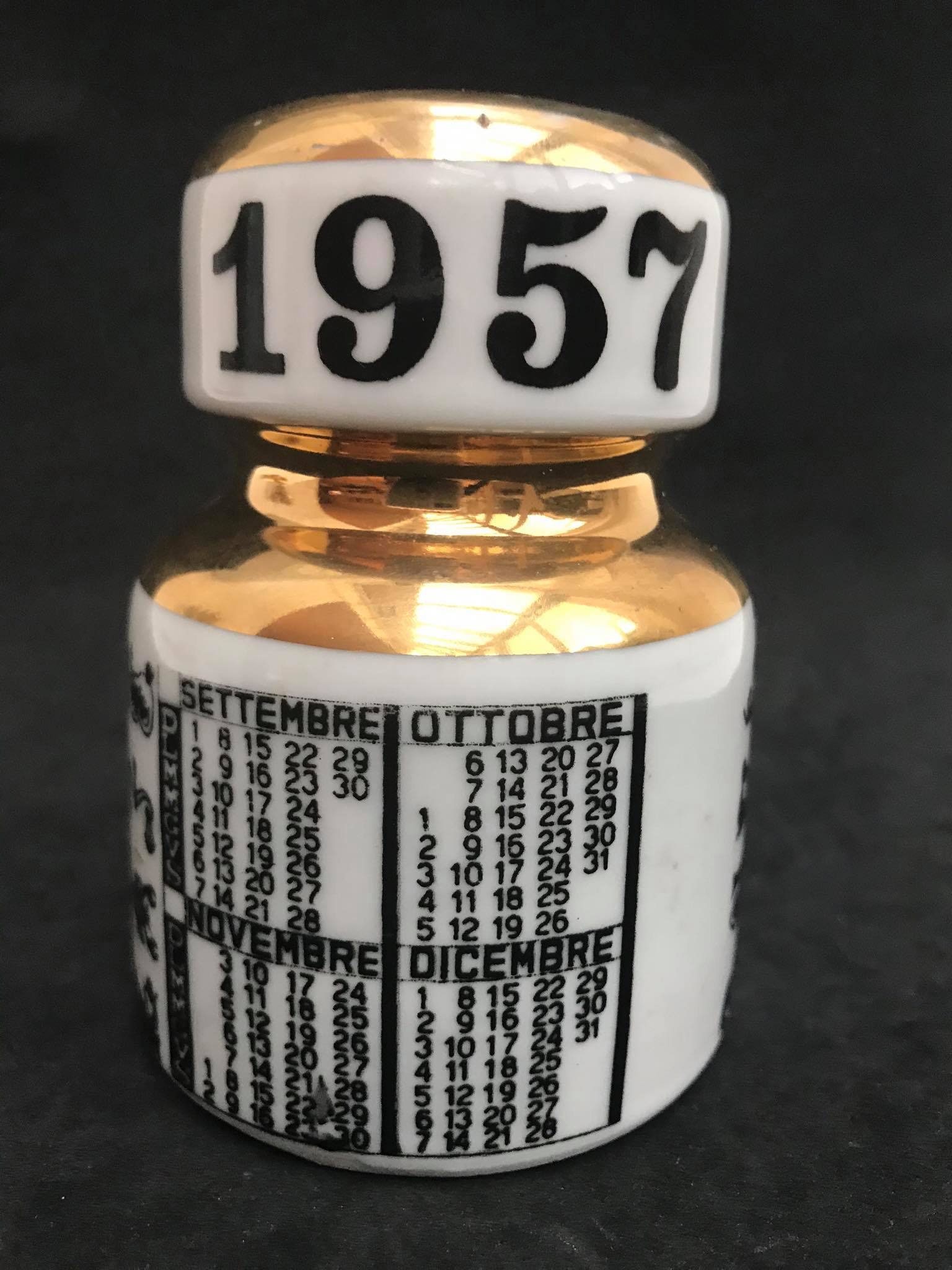 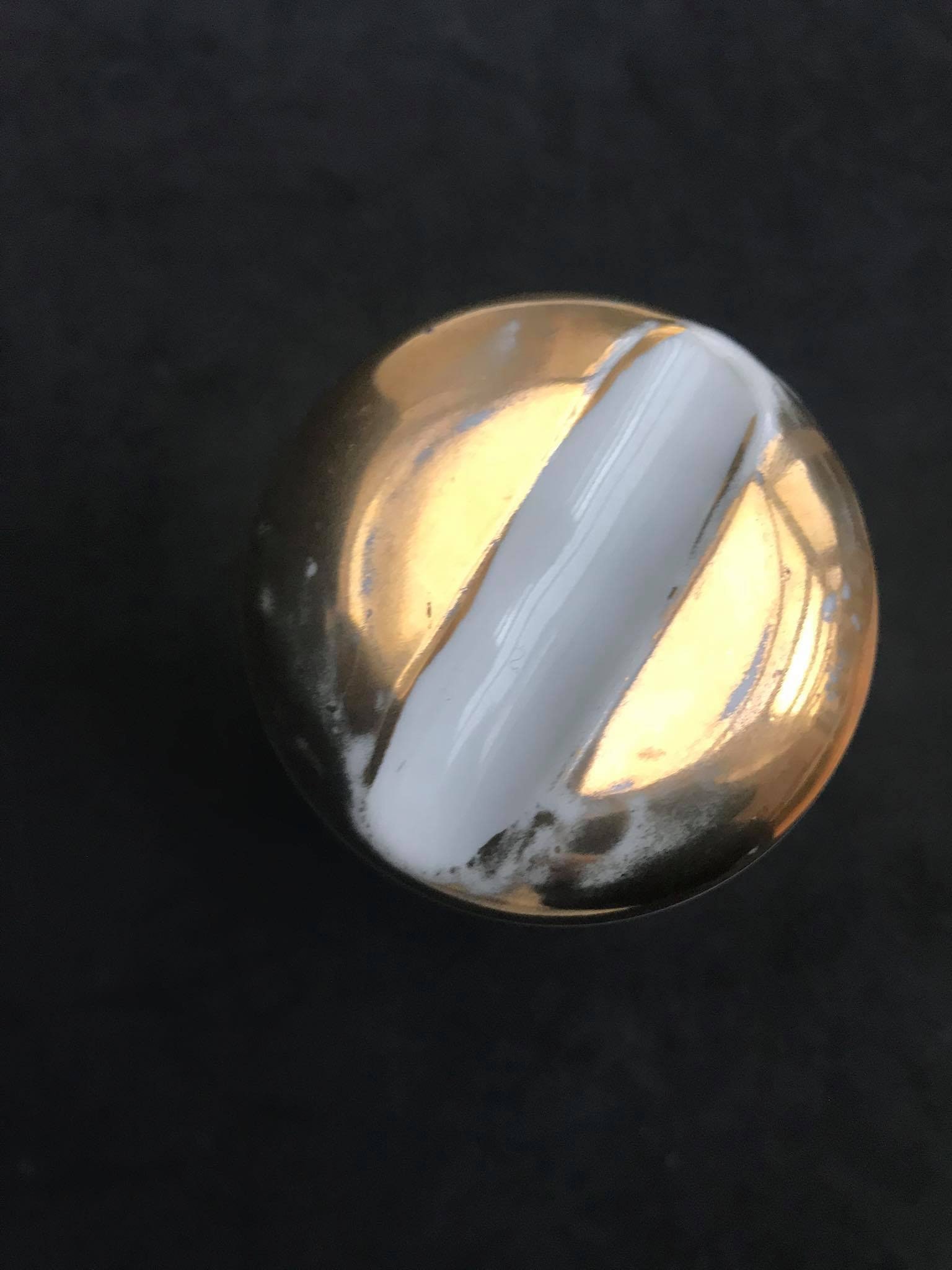 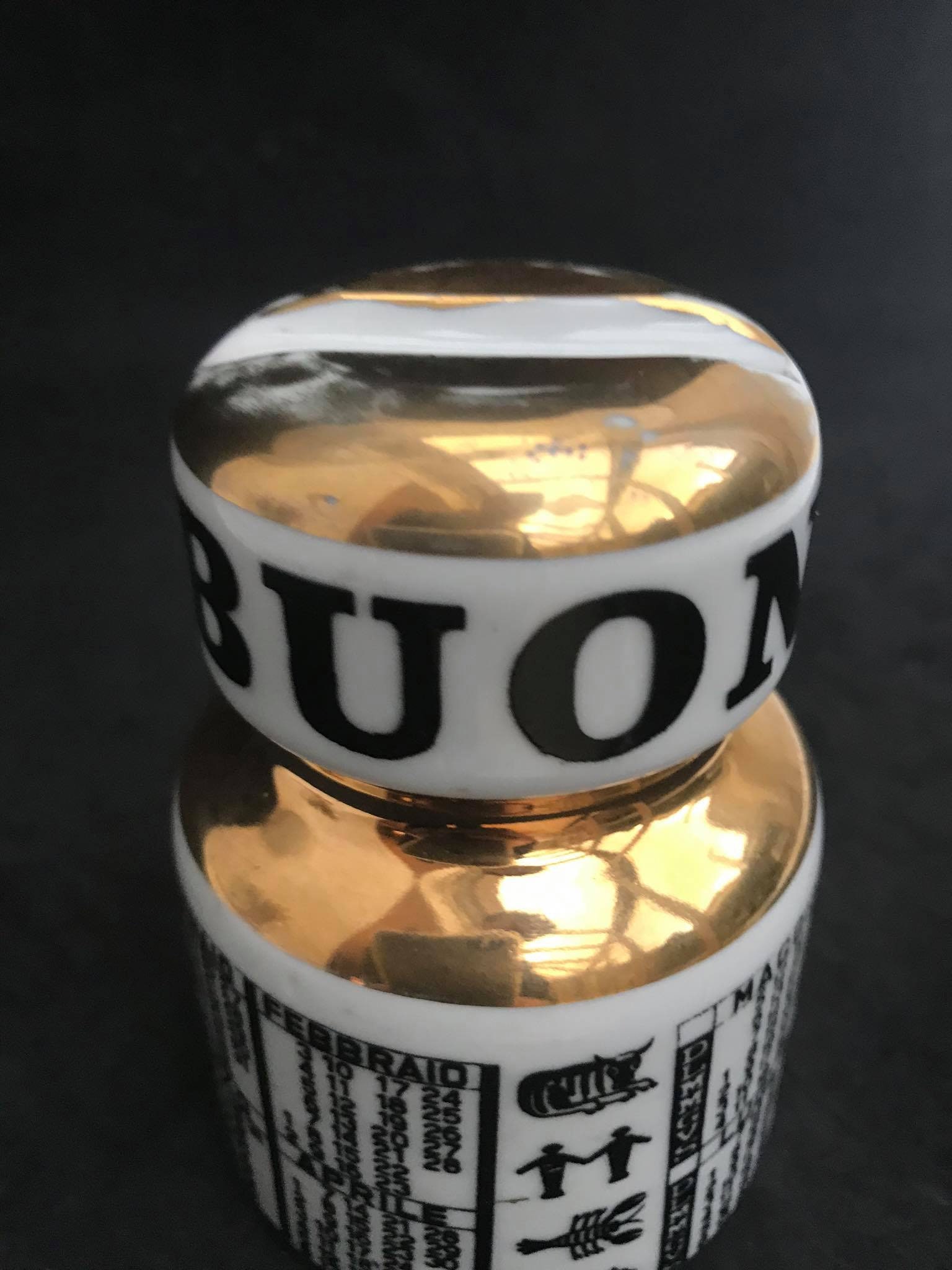 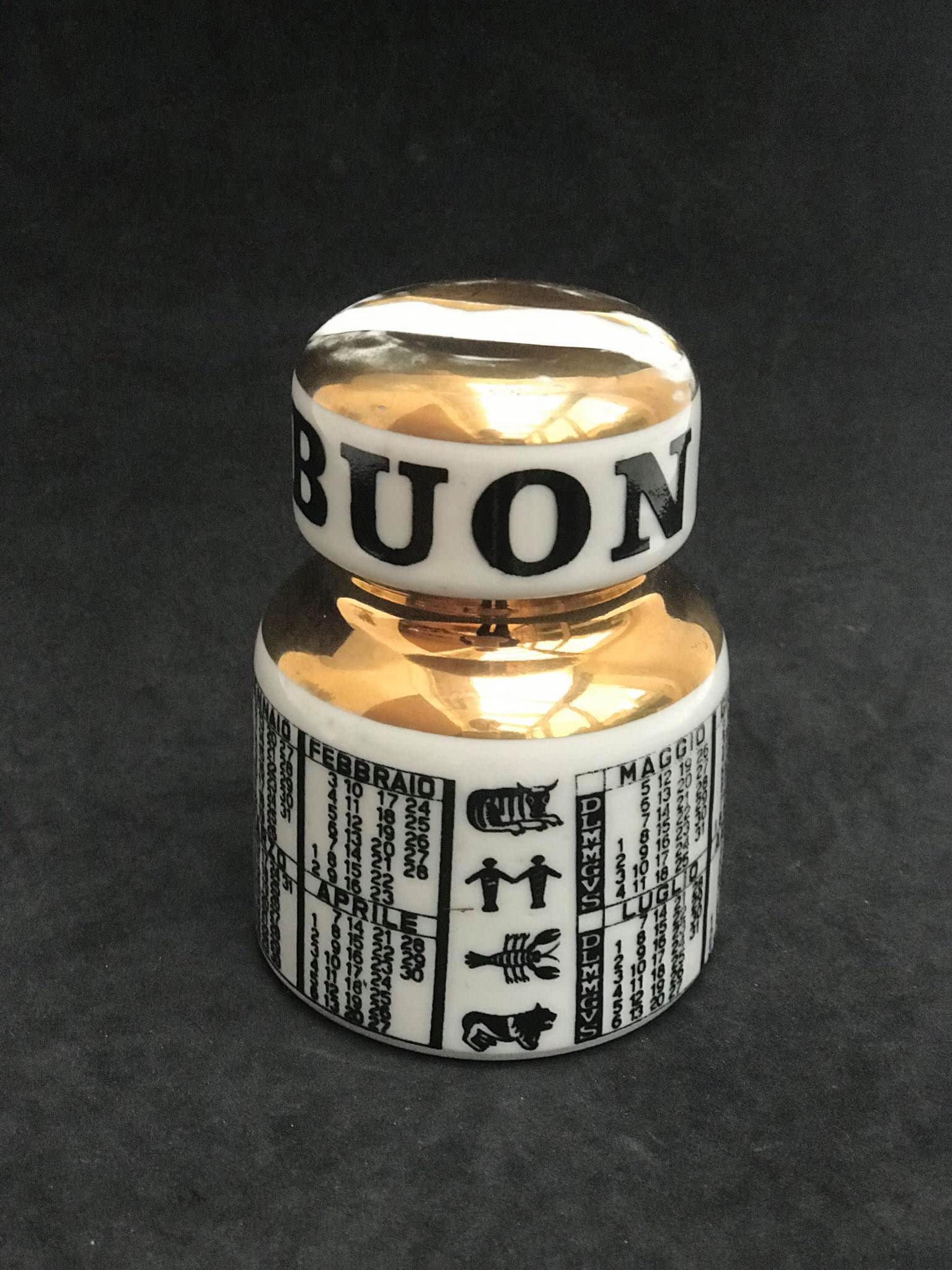 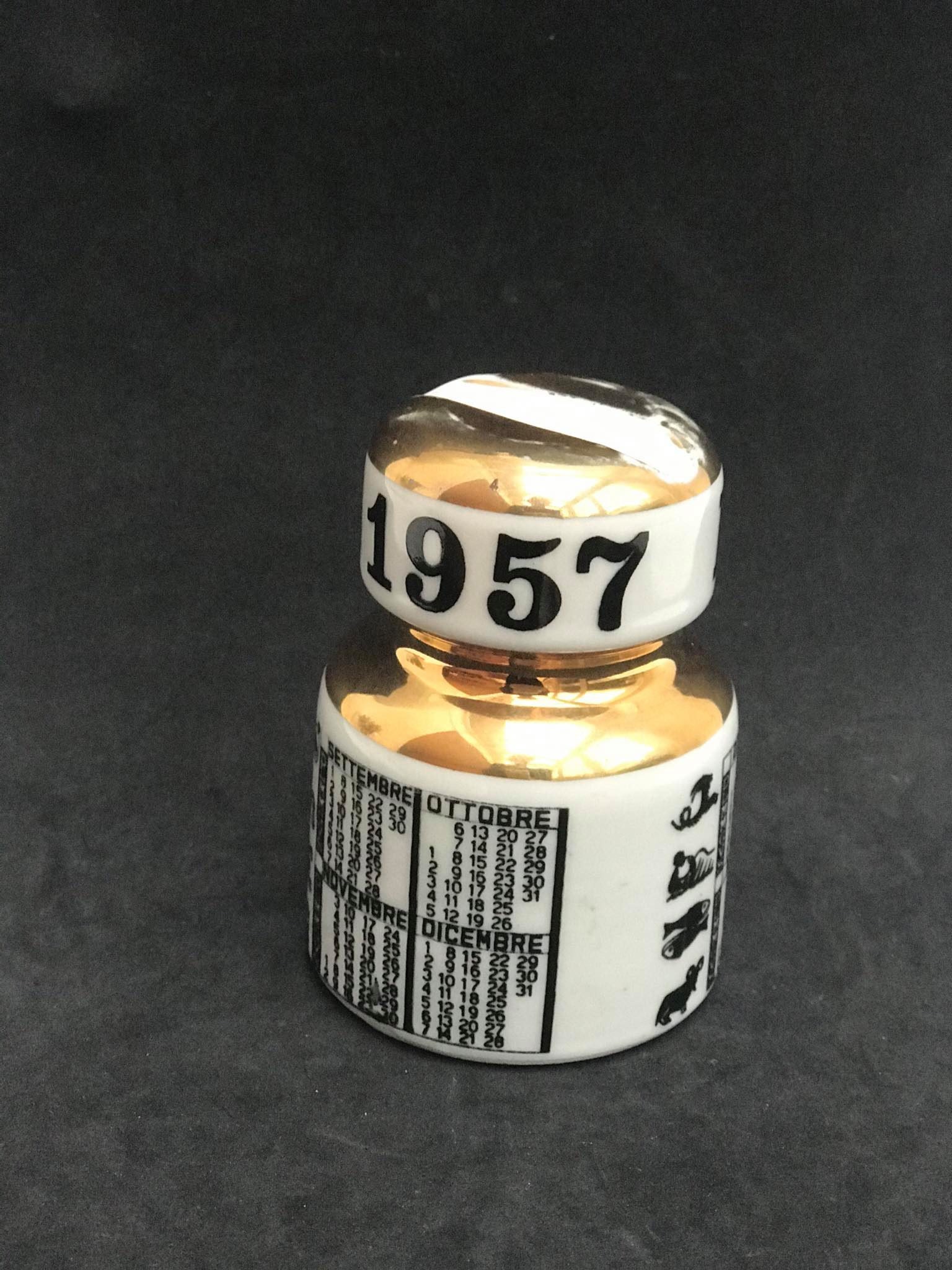 A porcelain paperweight by the prestigious artist Piero Fornasetti made in 1956 as the calendar design with zodiac signs. Heavy ceramic construction for use as beautiful desk accessories. Marked inside.
Fornasetti (Maker)
Dimensions
Height: 4.8 in. (9,3 cm)
Diameter: 3 in. (6,5 cm)
Weight: 423 g

. The inscription inside the paperweight reads, "Fornasetti Milano" second line, "Made in Italy." the style insulator used was a "U-1668." The dates on the calendar run in columns from top to bottom. Signs of the zodiac are also depicted."Piero Fornasetti made paperweights with electrical insulators in 16 designs." He worked in Milan applying his designs to a range of decorative objects from 1935 until his death in 1988.

Condition
Very Good with no chips or crack but wear consistent with age and use. With age appropriate wear and rubbing of the gilt on top, loss of gold showed in pictures and this fact is reflected on price. SOLD AS IS.

Fornasetti used porcelain insulators (U-1668 and U-1714) manufactured by Richard Ginori. Low temperature glazes and ceramic decals are applied to insulators that have previously been fired at high temperatures. Piero Fornasetti was born in 1913 and from the time he was twenty-two until his death in 1988, he lived and worked in Milan applying his designs (gold trim and decals) to a range of decorative objects.

To make decorated insulators like Fornasetti did, low temperature glazes and ceramic decals are applied to insulators that have previously been fired at high temperatures. Also while gas or oil kilns are used to reach the high temperatures needed to make electrical porcelain, electric kilns are generally used for this low temperature work because the temperature can be controlled better and there are fewer contaminants from the fuel (Peters, p. 15). The decals are fired to between cone 020-014 (Peters, p. 69). Previously glazed and fired porcelain is used so because the decal needs a smooth surface in order to adhere (Peters, p. 68).

In applying gold trim and decals to an industrial object, Fornasetti was challenging the notion that form follows function but, instead, form or, in this case, a decoration can be added to an object to create "varying degrees of irony, wit and tension" making people rethink the way they looked at the world
In the 1980s, his work enjoyed popularity among both consumers and designers.

Our shop is not responsable for any delay from the carrier or the Post Office.